ASA; FROM ASA TO LUCID – OUR DUAL VOYAGE TOWARDS MATURITY

It is 11 pm on a Thursday night (when this was written). I was initially ready to go to sleep. I had just finished watching movies with my brother on his laptop, I had waited for him to feed our dog and I said good night to my father who was continuing his tradition of binge-watching Jack Bauer chase some terrorists in possession of some biogas on one season of ‘’24’’ or the other. I entered my room and laid in my bed but decided to listen to some tunes before going to sleep. I shuffled my playlist and Asa was singing ‘’Stay tonight’’; which has become my favourite tune in her latest album LUCID. And thus began my withdrawal towards peaceful tranquillity; Asa’s music is my lullaby.

My origin story goes a little bit farther into 2009. I was in JSS3 and I discovered Asa’s self-titled debut album. It was an instant love story. I was floored by this lady whose music was more acoustic than regular Nigerian songs and rawer than any American country music I had ever heard. Asa was powerful; you had to realize her influence. She was a breath of fresh air. Back then in 2010, there was nothing like a personal phone for me. All the music I listened to was sourced from the radio or TV channels. You could not stream music; you had to wait till radio and TV stations played these hit songs when they saw it fit. We were at their mercies. It was brutal but looking back at it now, it made us appreciate music more. They were more sacred then because they were almost fleeting. When we could not wait for radio and TV stations anymore, we would buy CDs that had these songs dubbed into a collection. That was how I bought ASA’s album. It was a collection of the live performance of her debut album for a French audience. I played that disc until it cracked and stopped playing.

As I grew older, Asa’s discography also grew. She released her second album BEAUTIFUL IMPERFECTION and by then TV channels on DSTV were playing her hit music video ‘’Be my Man’’ and she was becoming mainstream. Her Nigerian audience was growing as well and in boarding school, I had friends who also fucked with her music. She was my personal voyage into building a mental catalog of my musical preference. For so many of her listeners, she built a standard for us. Her music transcended from tunes to a lifestyle. I wanted to have dreadlocks. I remember me wanting to mix more Yoruba with English while I spoke; I was no longer repelled to be seen as a teenager who spoke Yoruba fluently. This was because Asa was singing about people who were like me; she was telling stories I could relate to. She was singing about Waheedi, omo sherifa. She was singing about Bamidele and paying bridal dowries. It was magical.

When I moved to university and had my own phone that could browse the internet. I could do a bit of research about who Asa was. All I knew prior was that her name was Bukola Elemide, she was born in Paris but lived in Nigeria, she was from a big family and studied music where she learnt how to play the guitar. Then she got signed to a label in France and released her first album. Fast forward to the inception of gossip blogs and I read a post about Asa having a relationship with her backup singer – a female. This was a bit of scandal, for those who cared anyway. She never confirmed if this was true or false. She went on a musical hiatus, grew her dreadlocks longer, and returned with a masterpiece of an album. She began to hold concerts in Lagos and her audience would sometimes stop her from singing by singing her lyrics word-for-word. Her stage presence evolved; Asa’s often-timid demeanour was abandoned and the result was powerful. She tapped her feet and let her body move to her music. She was no longer this acoustic singer, she became a performer of art.

Her third album birthed songs like Eyo; a song that was truly about returning home. I might be wrong but I believe her third album originated from a place of reckoning. The album altogether could be analysed as a story about immigration and losing one’s identity; the climax was a grave journey towards finding a piece of a soul that was lost. BED OF STONE gifted me with favourites like ‘’situations’’, ‘’Eyo’’ and ‘’Dead Again’’.

Lucid, her fourth album has given Asa’s musical voyage a balance. It bled of love and honesty.  Lucid explored Asa’s maturity and self-assurance; worthy of being an indie film musical score. Lucid found me in a stage of my life where I could stream her music anytime, I wanted to because I could. And so, what I did was wait till the internet buzz died down and the social commentary had been said and tweeted. I was not in a rush to listen to because I wanted to slowly take it in. I started to listen to her albums chronologically to prepare me for the latest. I knew I would not be listening to Asa just so I could give her five stars out of five stars. I would be listening to her because her music meant so much more to me. It had been part of my own personal journey; I could look back to her musical journey and say that I was part of it too. It had been a dual experience one that I am truly grateful for. ‘’Stay tonight’’ has been a reoccurring mood for me especially during this pandemic lockdown. The song exudes sex and the things on the other side of it – confidence and vulnerability.

We might have varied thoughts about how much Asa has set herself up for nothing less than excellence. I do not mind. But there is something I know for sure when I finally get to see Asa perform live on stage, I will embrace the nostalgia that accompanies her music, I will cry or scream in ecstasy if I have to. And then I will return to my house, lay in my bed, play her songs and resume my withdrawal towards peaceful tranquillity.

EDITOR’S NOTE: I put up a poll on Twitter where I asked my followers to vote their favourite album of Asa and Bed of Stones got the highest vote which was like ‘’what?’’. I was perplexed. I thought a lot of us were on the same page with Bed of Stone being the least favourite album.

I mean, I adore it so much I want to write a book about the entirety of that album however, it is not my favourite. Like not even close. I used to think Asa would forever be my favourite but Lucid came along and I cannot handle myself. I do not know what this album is doing to me; I do not go a day without listening to the album. The album is mine, I feel it was written specifically for me. This is how emotionally attached I am to this piece of freaking art. I love it so much, I could die!

You know you gotta subscribe for more after reading this, right? Come on, don’t leave me hanging! Share this post and tell your friends about it!! See you next Sunday. 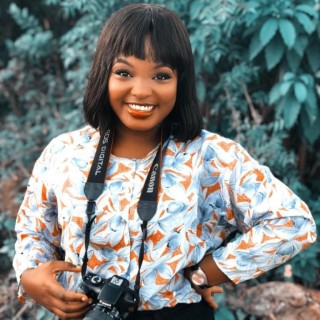